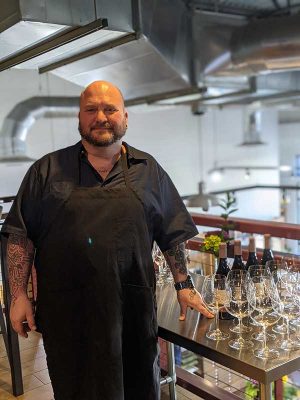 Rocky has been in the culinary world for just about 30 years. He attended the California Culinary Academy in San Francisco. He was on the opening team of the Lodge at Torrey Pines in La Jolla, California, a AAA 5 Diamond property. He also is a wine enthusiast. He has managed tasting rooms in California and brings his deep knowledge of wine to Kara’s. Rocky has been in Bend for almost two years and started working as the House Chef and Culinary Director of Kara’s Kitchenware in 2021. He leads and manages all of Kara’s Kitchenwares’ cooking classes, wine dinners and special events. 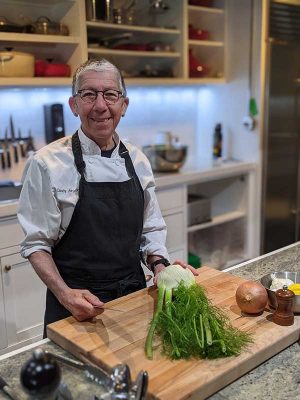 Growing up in an Italian family, food was the center of every gathering.  This influenced Chef Candy Argondizza’s love of food and the desire to pursue it as a career, which began with earning her degree from The Culinary Institute of America.  Chef Candy has led kitchens in some of NYC’s finer restaurants, including invitations to cook at the famed James Beard House.

Chef Candy’s desire to teach let her to the International Culinary Center (formerly the French Culinary Institute) in NYC, where she taught the professional curriculum and mentored many aspiring chefs.  In 2012, she received the prestigious “Educator of the Year” award from the International Association of Culinary Professions (IACP) in recognition of her role as a teacher and administrator.  After a few years of teaching at FCI, she was tapped to lead the entire faculty of both culinary and pastry, and creating curriculum for the professional and amateur programs.  Chef Candy worked alongside ICC’s legendary deans and worked on all of the ICC published cookbooks. Chef Candy moved to Bend in 2017 starting her own culinary business, Ingredient Studio, with her partner. She continues to share her knowledge and talents with all food lovers in Bend and Central Oregon. 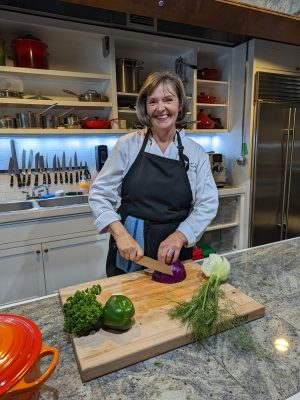 Suzanne has been teaching her love and passion for cooking for over 30 years.  Her family’s history of health challenges is what sparked this passion.  When her family changed their diet from a S.A.D. (standard American diet) to a more natural diet centered around whole grains and fresh produce, their health improved dramatically which inspired Suzanne to grow and learn.  My favorite recipes are in my first cookbook “The Passionate Vegetable.”  Suzanne will be leading our Farmer’s Markets outing classes, bringing fresh seasonal, local veggies to our kitchen.

She has taught in over 50 locations within four states.

She will be leading all of our kids’ classes and brings her expertise in working with kids to Kara’s Kitchenware. 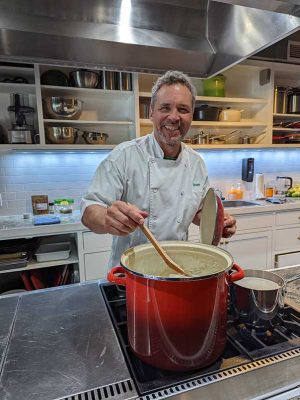 Over the years, Brian has been privileged to lead kitchens in a number of diverse and high-profile settings, including Morton’s The Steakhouse, The Stephanie Inn, The Oregon Golf Club, Deschutes Brewery and Public House, the Alexander, and currently he is leading the team at CHOW, right here in Bend.  With a focus on sustainability and purchasing locally, he’s developed strong relationships with providers of the highest quality farm-fresh food available in Central Oregon.  He enjoys sharing and celebrating unforgettable culinary creations with guests from around the world.  When he’s not in the kitchen, you’ll find him spending time with his wife and sons enjoying all that Bend has to offer including hiking, fly fishing, camping, kayaking and bird watching! 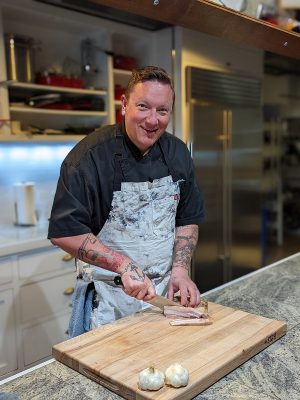 Chef Josh Podwils found his passion for the culinary arts while in High School which lead him to attend Cascade Culinary Institute where his passion continued to grow. He has been in the restaurant industry for over 20 years and has brought his own twists and signature dishes to different restaurants in Bend, OR. Throughout the years he has worked at many well known restaurants here in Central Oregon and has been Executive Chef at Victorian Cafe and Brother Jon’s Alehouse.

Chef Josh Podwils always wants to go above and beyond with food and encourage others to try new things so in the spring of 2018 he started his own pop-up restaurant called Loyaute, closing that venture to explore other opportunities in 2022.

learn more about our classes